Rapture of the Tech: Depth, Narcosis and Training Agencies 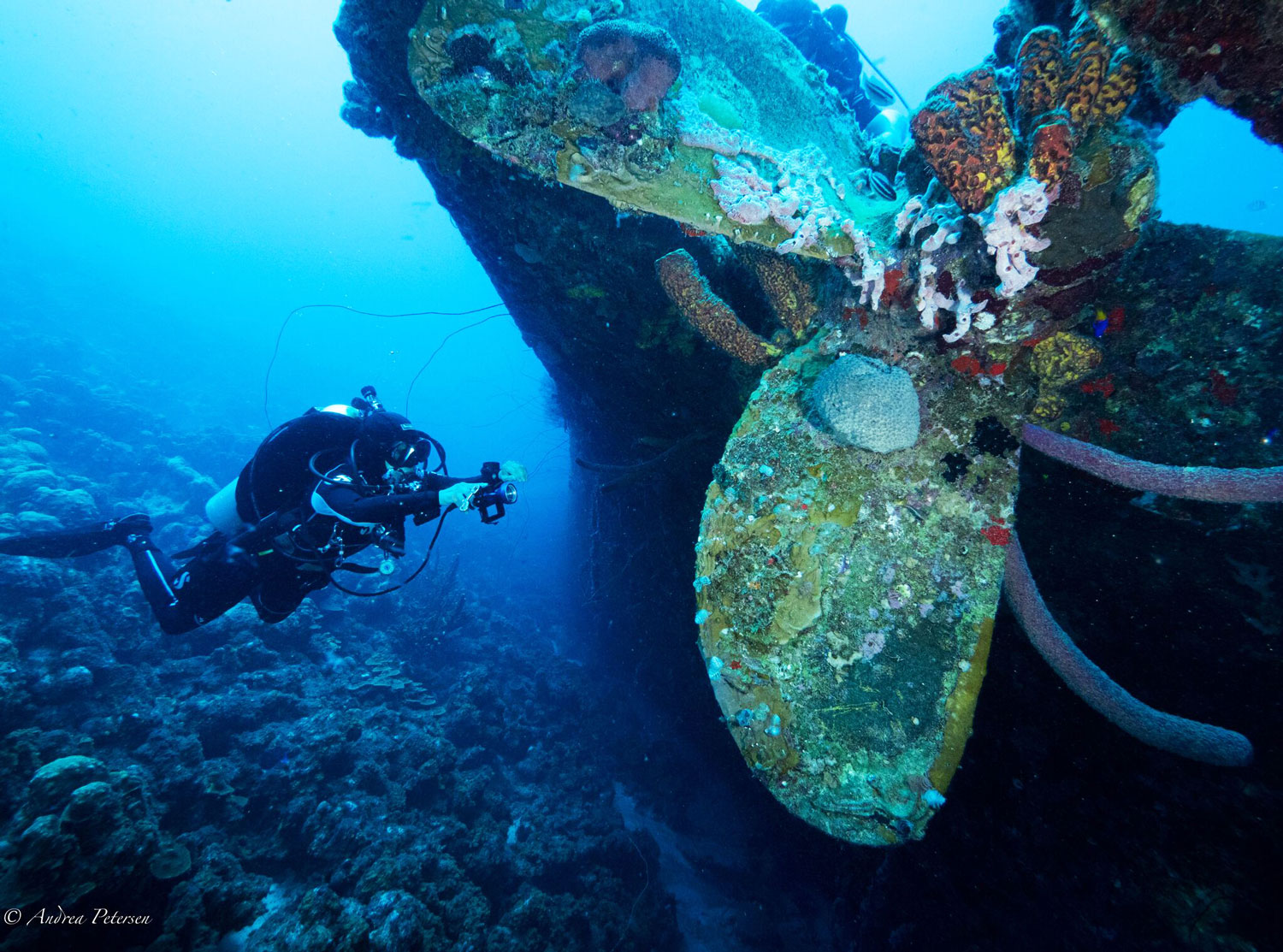 Rapture of the Tech: Depth, Narcosis and Training Agencies

Diving practices and training standards regarding inert gas narcosis (IGN) vary widely among the tech community. Arguably the most conservative, Global Underwater Explorers (GUE) mandates the use of helium for diving beyond 30m in their operational standards to reduce narcosis, as well as gas density levels—more on this later. GUE doesn’t conduct air dives; instead the organization has standardized on nitrox 32 for shallow dives.

RAID recommends limiting air dives to 30m; it does have courses to 40m on air/nitrox, but divers can also opt for a helium-mix alternative. NAUITEC recommends limiting air dives to a maximum of 39m, and promotes nitrox as a wiser alternative to air. However, they are firm on narcotic levels for mix gas diving, limiting Equivalent Narcotic Depth (END) to 30m.

Founded by Ed Betts and Dick Rutkowski in 1988, the American Nitrox Divers International (ANDI) sets their END to a maximum of 36m for nitrox diving (ANDI calls nitrox "SafeAir"), but recommends a 30m END for their rebreather and advanced mix courses. They do allow a standards waiver for their Extended Range Diver program to 40m under ideal conditions. "There are places in S.E. Asia and the Philippines where it costs over US$300 for a trimix fill," said Betts. "Even so, we don't do deep air."

Scuba Schools International (SSI)'s Extended range (XR) program recommends a maximum open circuit END of 30m, i.e. no more than 30m air dives, and an END of 24m in cold water, poor viz or strenuous conditions. Their new closed circuit rebreather (CCR) program calls for a maximum of 30m for air diluent, but that can be extended to 35m, if trimix is not available. The agency seeks to limit mix dives to a gas density of 5.2 g/l.

However, they do currently allow so-called 'deep' recreational air dives to the traditional 40m limit. "We are trying to stop deep air diving where ever possible and there is a training path that allows you to bypass it all together," SSI's Extended Range (XR) International Training Director Adam Wood explained adding, "With our remote regions, we are still facing challenges as to whether to remove deep air all together."

Most of the other agencies set a maximum air/nitrox depth of 50-55m though they acknowledge depth limits should depend on environmental conditions.[1] Professional Association of Diving Instructors (PADI) sets its depth limits from 30-50m based on the kind of dive. "Generally, TecRec courses teach these broadly accepted community practices: 30 metres as the limit for complex dives and penetration dives, 40 metres as the outside limit for penetration dives and CCR dives, and 50 metres as the limit for open circuit open water dives," PADI's Technical Development Director Karl Shreeves explained. While PADI's Tec 45 and Tec 50 Diver courses, which are prerequisite to the agency's deeper trimix courses, may be conducted entirely with air and enriched air nitrox (EANx), there are also options for using trimix.

The International Association of Nitrox and Technical Divers (IANTD) has a 52m limit for air dives. However it has now added trimix training at the recreational level. “We encourage and push mix at all levels. However I do expect we’ll see more deep air (open circuit) diving as the price of helium continues to rise,” predicted IANTD founder Tom Mount. Really? How about switching to a rebreather instead?

The British Sub-Aqua Club (BSAC) recommends an END of 30m, however BSAC dive leaders are able to conduct air dives to 50m. According to former BSAC Technical Lead Mike Rowley, “There’s considerable resistance from members to reducing the limit from 50 meters,” he said. BSAC is currently working to integrate the latest gas density recommendations. Similarly Confédération Mondiale des Activités Subaquatiques (CMAS) recommends an END of 30m for mix dives, however divers can conduct air dives to 40m, and instructors to 50m.

Technical Diving International (TDI) recommends that divers get educated so that they can establish their own personal limits. The agency offers air diving training to 55m, but it also a parallel pathway for helium training at shallower depths. NAUITEC does not have a deep air course. “We abandoned that type of diving in 1997 since it's one of the primary causes of accidents and fatalities,”  NAUITEC Course Director Trainer and Technical Instructor Examiner Daniel Millikovsky explained.

The outlier is the Professional Scuba Association International (PSAI), which was founded in 1962 by Hal Watts, “Mr. Scuba,” who once held the deep air diving record, and has trained several record holders. PSAI still offers its legacy “Narcosis Management” (deep air) courses in seven progressively deeper levels starting at 30m down to 73m for select experienced divers. According to PSAI president Gary Taylor, the courses are popular in areas where it is harder to obtain helium, particularly the Level V to 60m/200ft course. However, people still take the Level VII 73m/240ft course (PO2=1.74). “The 240 ft level has held up well. We haven’t had any accidents,” he said.

Of the training agencies, CMAS, GUE, PADI, and PSAI teach that oxygen is narcotic in the relevant PO2 range (1.6 ATA or less), and should be considered in END calculations; ANDI, BSAC, IANTD, NAUI and TDI don’t. SSI teaches that O2 is narcotic, but far less so than N2. RAID suggests that divers and instructors consider oxygen narcotic, and work both sets of numbers in their END’s (O2 narcotic, and non-narcotic), recognizing that outside of training, they are going to make a personal choice. “We simply want them to be well informed,” training director Steve Lewis explained.

Note that many training agency depth limits for open circuit deep air/nitrox dives exceed the new gas density guidelines recommended by Gavin Anthony and Dr. Simon Mitchell to maintain breathing gas density below a maximum of 6.2 grams/liter. That means limiting air/nitrox dives to a maximum of 37m. These new guidelines make it harder for training agencies to justify deep air dives, however it doesn’t mean that divers will restrict the practice.

As DAN Europe’s vice president of research & education Costantino Balestra, who co-authored the narcosis papers explained, “We’ve observed a kind of addiction to narcosis, that we haven’t published about. Some divers like it. They declare they’re addicted to deep diving, but it’s because of the narcosis,” he said.

Case in point: After interviewing Dr. Balestra, I was explaining to a self-confessed “extended range” British diver via Messenger that I was working on an article on inert gas narcosis. He asked me if there was general recognition yet that divers dive for the nitrogen. Come again? “I know I do,” he messaged, “At 60-meters on air, I feel I am 17-years old again." Follies of youth? The diver added, “The most expensive and dangerous drug on the planet!”

[1] DAN Europe’s diving insurance recommends limiting the partial pressure of nitrogen (PN2) to a maximum 5.6 ATA for air dives (60m), and a PN2 of 3.95 ATA (equivalent to a 40m air dive) for mixed gas dives. 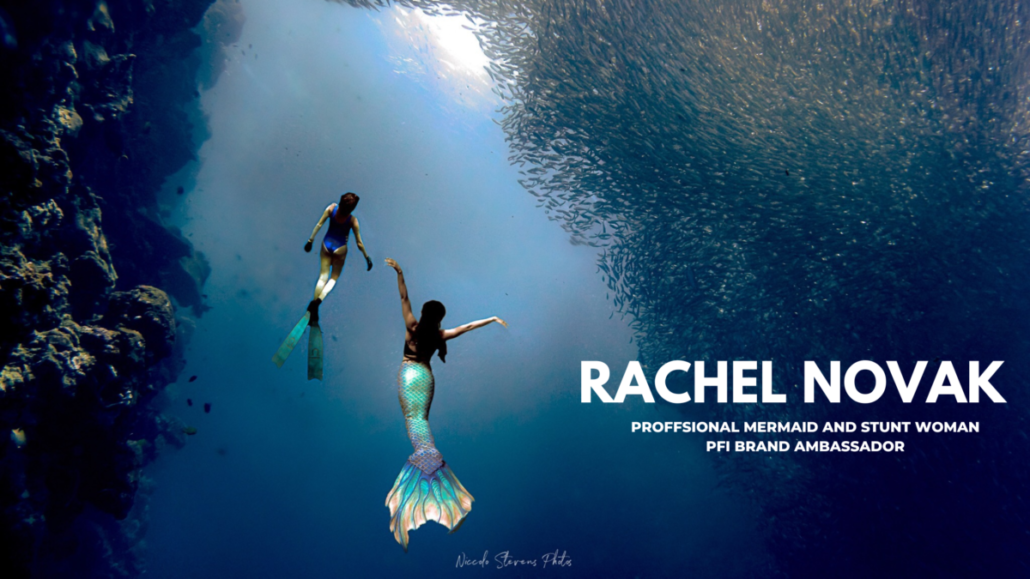 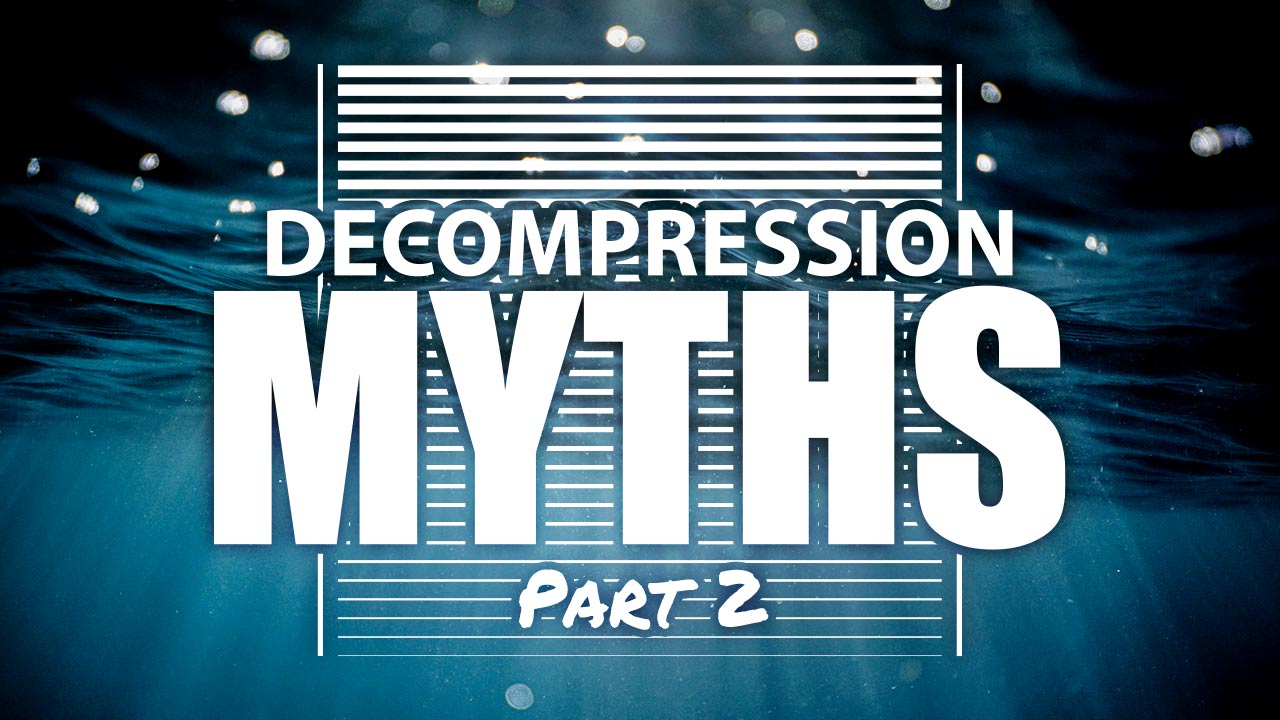 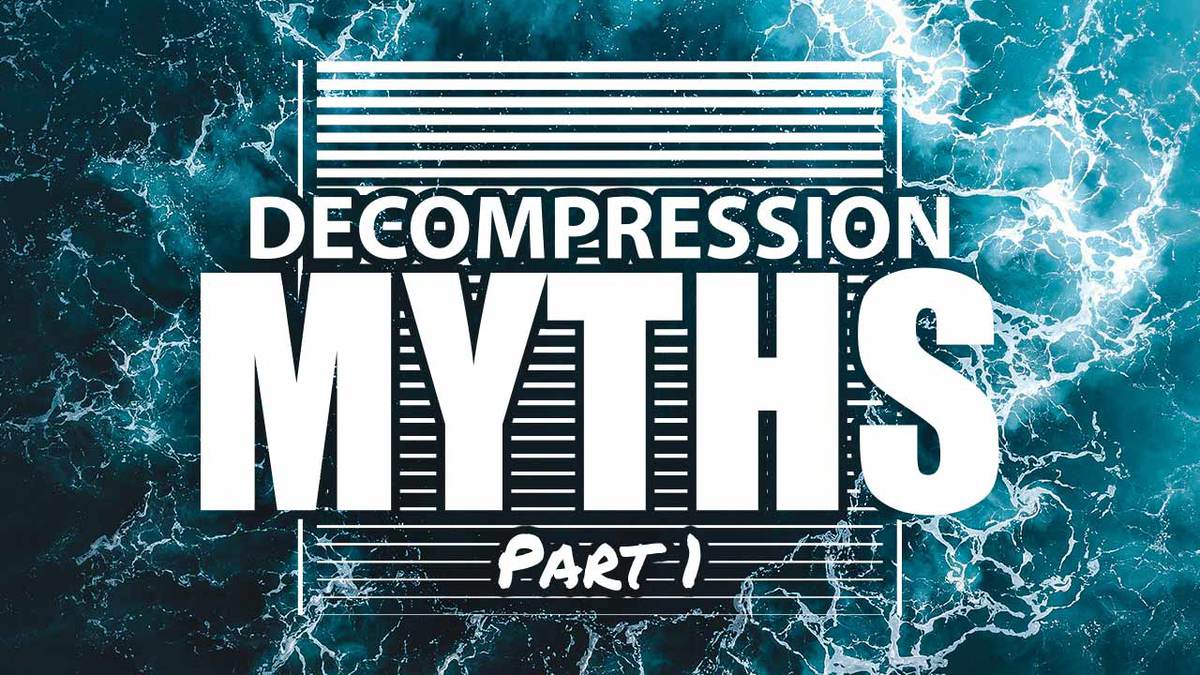 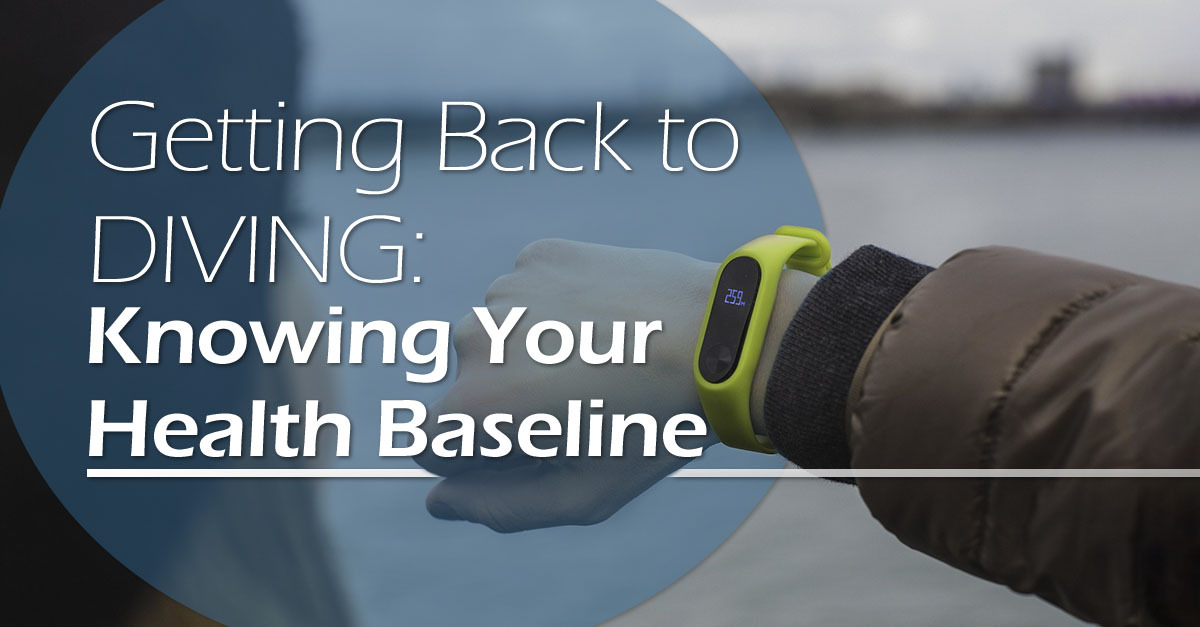 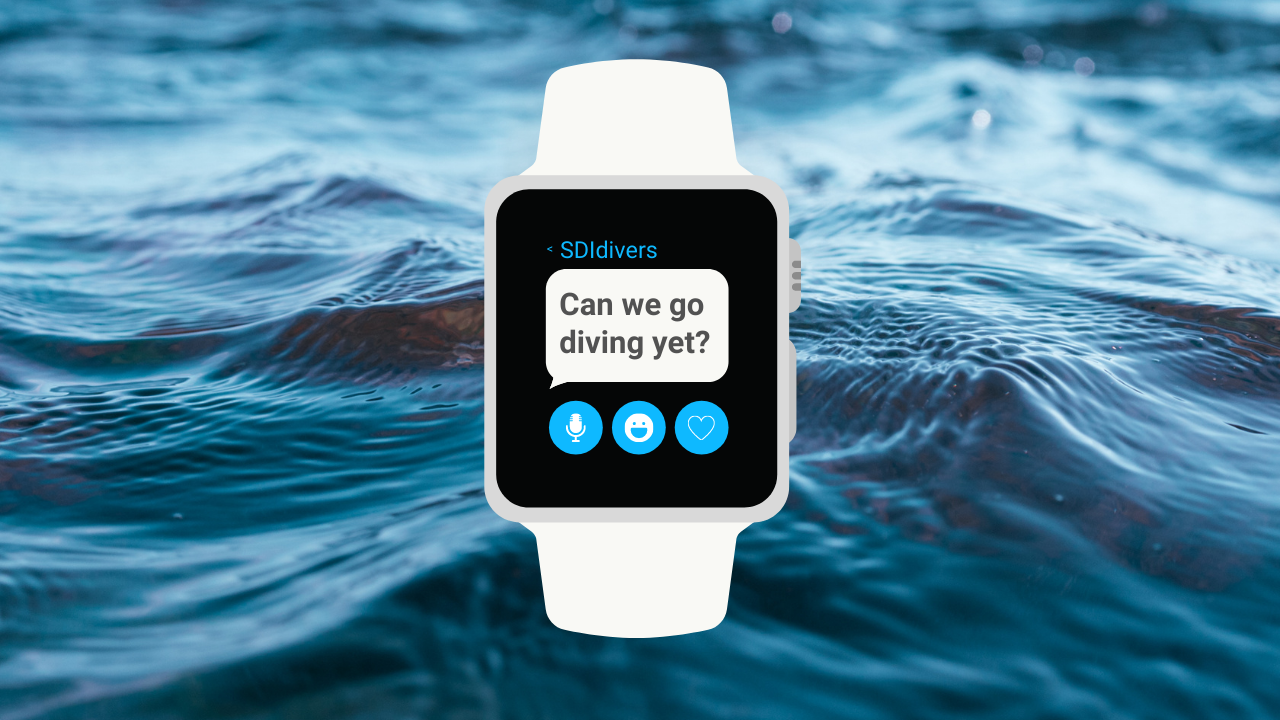